Is Fortnite bad for kids? Can a child that plays Fortnite all day really learn how to code video games and then actually get a job and/or career? I tried to think what I would title this post for the week as I stumbled upon some Fortnite coding ads that I thought were funny. Now I’m a parent and have to admit that I’ve never played Fortnite and probably never will! Actually, my daughter Shay just walked into my office and saw me searching up on google “fortnite” and blurted out, “That’s the lamest game ever! It has a lot of violence!”. She’s obviously our most obedient child. Hahahaha!!!! So I read up a little bit here: https://en.wikipedia.org/wiki/Fortnite. If you don’t want to read through it then I’ll sum it up for you in my daddy language. MY DEFINITION: Your child basically creates worlds and battle arenas inside the video game and fights other kids till the last man is standing! Which is funny to me because really there is no ending to the game. So there really isn’t a last man standing. I guess that’s how my parent brain once again thinks. Perhaps people can comment below and help me better. 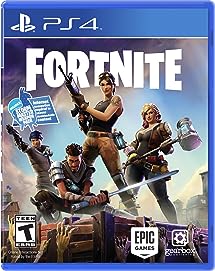 THEIR DEFINITION: Now fast forward to current years and there are actually 3 versions: Fortnite: Save the World is designed as player-versus-environment game, with four players cooperating towards a common objective on various missions. The game is set after a fluke storm appears across Earth, causing 98% of the population to disappear, and the survivors to be attacked by zombie-like “husks”…..From missions, players are awarded a number of in-game items, which include hero characters, weapon and trap schematics, and survivors, all of which can be leveled up through gained experience to improve their attributes. Fortnite Battle Royale is a player-versus-player battle royale game for up to 100 players, allowing one to play alone, in a duo, or in a squad (usually consisting of three or four players). Weaponless players airdrop from a “Battle Bus” that crosses the game’s map. When they land, they must scavenge for weapons, items, resources, and even vehicles while trying to stay alive and attack other players, eliminating them….This forces remaining players into tighter spaces and encourages player encounters. The last player, duo, or squad remaining is the winner. Fortnite Creative is a sandbox game mode where players are given complete freedom to create anything they want on an island, such as battle arenas, race courses, platforming challenges and more. Epic Games reviews some of the most popular creations from Creative and rotate these into the Battle Royale map in an area called “The Block”.[1] Featured creations are also shown in the “Creative Hub.” SOURCE: https://en.wikipedia.org/wiki/Fortnite FROM GAMERS TO CODERS… REALLY?  So now that we know what it is…. I want to get back to the Advertisements that I saw online about how Fortnite can help your son or daughter learn how to code. Here is one below:

In this ad it states video game developer, strategic planner, architect, & project manager expert are some of the jobs that you can get by playing the game. However, we know this is just advertising and a hook to really get kids to use the medium of gaming and convert it into real life skills of computer programming and coding. That’s why I love working here at Simply Coding. We have the same philosophy of “Don’t Consume It! Create It!” PROCEED WITH CAUTION

So we get back to the question if Fornite is bad for kids. Now obviously, parents we want to be careful with our children and make sure there are not becoming addicted to playing FortNite or other video games. Because too much of one thing is never a good thing. Not sure who said that or who I’m quoting, but it is TRUE! However, I feel that some parents may just go “cold turkey” on the video games with their kids and then actually be depriving them of the actual computer screen time that could very well have led to their talents and gifts God has given them to become the next Microsoft genius or Facebook programmer. CONCLUSIONS: Now I’m not here to tell you what to do with your child. That is not the reason for this post. Plus there are hundreds of debates online that you can find on whether FortNite is good or bad, healthy or unhealthy, etc. etc. Just google, “fortnite bad for kids” and it will come up with 35 million results! Here at Simply Coding for kids we can tell very quickly with in the first 3 months if a child has the ability to become a great coder OR he or she just likes playing video games and learning to code is not his/her thing and should probably pursue something else. That kind of investment of a mere $60 bucks to find out if my child has what it takes is totally worth it in my opinion. This post is going a bit longer than what I wanted. If you want, we actually do a whole video series though on this conflicting guilty feeling of a parent who has a child that plays video games and says they want to design video games for a living. YES this is a real thing! You can check it out here. If anything, it’s very informative and feel free to contact us if you have any questions. We are here to help! It’s our passion to help YOU help YOUR children discover their passions in the technology careers of tomorrow and it’s never too early to start. Trust Me! Till next time. Signing off…

Want to join the discussion?
Feel free to contribute!

Every Kid Needs Coding – Don’t Be Left Behind

Is Code.org Bad or Good for my Student or Child
Scroll to top